Sidhu Moose Wala, the 25 years old Singer and writer hails from village Moosa based in Mansa, Punjab. His real name is Shubhdeep Singh Sidhu and is a trending sensation of Punjabi Music Industry.

Sidhu started his career with writing songs such as “License” and “G Wagon” for other vocalists and started signing himself in 2017 with the song “So High” which won him the best Lyricist award.

This Canada based singer also owns his own production house Jatt Life Productions. The Hit machine of the Punjabi industry is better known for his unique style lyrics and singing, inspired by old school music.

Any song of Sidhu Moose Wala will make you groove on the DJs. The high beat music and the gangsta style lyrics will make every Punjabi shake the leg. Here we are listing the Top 10 songs of Sidhu Moose Wala, which you must have on your playlist if you are a Moosewala fan.

The first release of the heartthrob of the Punjabi music industry, So High is the most viewed song with 166 Millions and still counting. This song will really make you high even if you a teetotaler. Produced by Byg Brd under the label of Humble Music, this super hit track shot the singer to fame and he never stopped from here.

Released in 2018, Toochna is the next super duper hit of Sidhu Moose Wala with 109 million views. Written and sung by himself, the song is produced by Byg Brd under the label of Humble Music.

Again, the songs is inspired by the genre of Tupac music. Shot in the village scenery and sung in old style music, the song is a delight to both eyes and ears. While riding the tractors on your village roads, this song is a must to be played.

Sidhu have this another hit in his kitty, which is featured in Punjabi movie Dakuaan Da Munda. Released in 2018, this song is still high on charts with 47 million views and is a must played song for any party of North Indians. The gangsta style lyrics and high note music make it a song of a very unique genre in Punjabi music.

Famous is another famous song of this younger vocalist, topping the charts with 42 million views on Youtube. The lyrics of the song are so catchy and winsome.

He can sing his real feelings or situations in lyrics so well, that it directly connect him with the young generation, as they can co-related the song, the situation to themselves as well. Released in 2018, the song is produced by Byg Brd under the label of T-series. It’s from the album PBX 1

Next in the row, we presenting you the peppy song Badfella, straight from his music album PBX 1, released in 2018 only. The song is super hit in the people with 39 million views so far on YouTube and still counting. Released under the label of T-series and produced by Harj Nagra, the lyrics of the song sounds thrilling to ears.

Jatt Da Muqabala is another hit number from the Super Hit album PBX 1 released in 2018 and having 37 million views on YouTube. Music produced by Eshu, under the label of T-series, this song has quite an engaging lyric and will got your tongue easily. Don’t forget to pin this song on your playlist.

After delivering back to back hits, Sidhu came with another hit from his album PBX 1 released in 2018, music produced by Byg Brd under the label of T-Series. This hit song has 11 million views on Youtube and still counting. The song is a must to be played for any party. The lyrics and beats of the song will make you go crazy on the dance floor. Add this dynamite song to your playlist for sure.

Sidhu is not only good with gangsta style but have delivered some romantic hits as well, one of them is I’m Better nor or Mai Changi Haan from his only and only album PBX 1, which is again a super duper hit with soothing music and heart touching lyrics.

This song will definitely work well for some heartbroken souls. The song is running on top charts and has gained 15 million views so far. The music of this song is given by Snappy and produced under the label of  T-Series. The song is again from the super hit album PBX 1 released in 2018.

And then there comes another melody and romantic number which gathered 54 million views so far on Youtube. This Valentine ’s Day Special is produced by Intense under the label of Humble music.

The romantic hit is unique for his lyrics and way it’s sung. It’s both very heartwarming and a catchy song. The music is again given by one and only Intense under the label of Humble music. 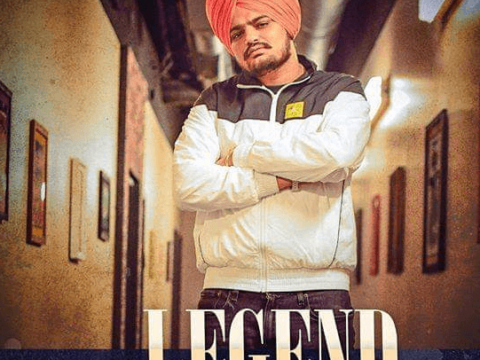 The latest release of the multi-talented singer is also hitting the top charts and have gathered 22 million views on YouTube in just two months. Definitely the first blockbuster of the year 2019 by Sidhu Moosewala.

The music of the song is written, sung and composed by Sidhu only and is produced by The Kidd. Hurry up and add this hit party number in your next dance party list for sure.

I am definitely a die-hard fan of Sidhu Moose Wala songs and can groove on all his songs. You too listen and let me know what you guys think. Do let me know if I missed any popular hit!

Not many people remember the old-school charm associated with the good old movie cinemas that used to dominate the entertainment circuit almost a decade ago. There were no malls, no shopping complexes, and no multiplexes. This was the time when the name Cinema Rajhans Panchkula dominated the region. It was and is still today, one…

Long gone are the days when people used to rush to Delhi to party hard. Chandigarh has now become the new hub for party people who are looking to have some fun, best birthday party places in Chandigarh and enjoy their weekends. With so many new party places opening up in Chandigarh, we have compiled…

New year comes with new thoughts, new resolutions, new goodies, new ideas, and what not? Everyone feels like partying on new year’s eve and going to the best party places, and Chandigarh is one of the greatest cities in India, to glorify the new year in a diverse yet crazy style. Most of them would…