The best part of Shimla comes in form of the natural and scenic beauty of this majestic city. So many writers, poets, novelists, and Bollywood cinemas have equally been infested with the charm of this picturesque city that choosing Shimla for your next destination is the best thing you can afford for yourself Plan A Trip To Shimla! How to reach Shimla?

First things first. The first thing that you need to take care of is the transportation for you. Shimla is well connected by air, train, state transport buses, and private cabs. In order to make the most of it, make sure you opt for the Delhi to Shimla cab services. Because the rail journey will make you weary soon enough, the air journey is equally boring.

But if you opt for private, hired cars, you will be able to witness the fascinating greenery that falls in the way between Delhi and Shimla. Shimla is 350km away from Delhi. So, you would get to enjoy the memorable scenic beauty of the abundant nature outside your car window anytime you want it! So, we suggest you go for the hired taxis instead of local transportation, you know!

Places to visit in Shimla

The city of Shimla was built by the British rulers of our country. They have left their mark on this city which is very evident with the city’s prominent architectural style. Check out these famous places of Shimla.

The best time to visit Shimla

The best time to visit Shimla is from March to June. During these months, the temperature remains soothing and bearable and therefore, this time you will find the high rush of tourists in Shimla. The months of November and December cause heavy snowfalls in Shimla.

So, don’t wait up anymore! Get a taxi from Delhi to Shimla and start your journey now! All the very best! 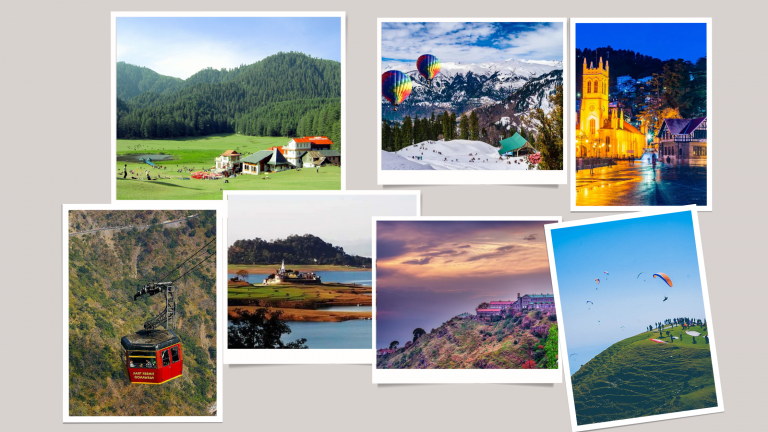 Chandigarh is one of the most happening places and the beauty is magnificent. The best part about the city is that it is a confluence of cultures there is something for everyone. Be it the skyscraping shopping malls or the quirky nightlife, Chandigarh is one of those places which never sleeps. Even if you want…

The capital city of Thailand, Bangkok is an incredible, exciting and fascinating city ever to visit. It never goes to sleep, always there are people working all around the clock. You will find yourself here encountering every kind of life, from the luxurious rich to the ultra poor they all clustered in a city. Read…

Getting married is a beautiful feeling. And, we humans like to celebrate this feeling on a grand scale. One of the most intriguing elements of this celebration is getting your pictures clicked on some serene locations so that you can tell your wedding story to the generations to come. Today we are going to help…

Just like every year, Kalagram Chandigarh is ready for yet another exciting Baisakhi Fest in just a couple of days’ time. If you are looking for something exciting to do over the weekend, then brace yourself as Kalagram Manimajra Baisakhi fair is just around the corner. Kalagram and Baisakhi Baisakhi, the historical festival of Punjab is…

Chandigarh, “The City Beautiful”, is the cleanest city of India and an uncommon model lies in the trees and plants that are incorporated into arranging of its development. Being situated at the lower regions of the Shivalik range of the Himalaya, Chandigarh remains ideal lasting through the year. The city because of its exceedingly urban…