The first-ever mall built at Chandigarh was in the year November 2003, which was the Fun Republic. That was a major opening of Shopping malls in Chandigarh city. With the development and rapid growth in the city beautiful Chandigarh, there have been several numbers of malls setup now which are huge in number.

There is a massive demand for the best malls in Chandigarh nowadays, as people have turned it into their common necessity. Every other stuff or thing one requires, other than shopping can be bought here. The most fluent market nowadays is Chandigarh malls.

This is the list of Top 10 Shopping Malls in Chandigarh:

The mall has square feet area of one and a half million. Considered one of the coolest and quirkiest hubs of the city beautiful, it is abiding by the business area. Be it the facility of entertainment, shopping of different things, various restaurants, food hubs, discotheques, sports zone, bowling alley, toy store and so much more inside.

The mall also has an employment rate inside the mall of around 98%, which is a major comeback to employment opportunities. Elante is divided into three parts, which involve the shopping mall in Chandigarh, a complex for the office, and the Hyatt Regency hotel.

The address of the mall is plot number 178 in the industrial area phase 1 in the MW Area of Chandigarh. Contact the mall authorities’ or staff

The DLF Citi Center mall is a premium outlet mall, which is not much big or large as the Elante mall, but it owns the basic amenities of a regional mall. Be it the cinema house, shopping hub, entertainment, discotheque, or food bars. The place has everything to offer but in a limited process as it does not have much development.

The mall is best for the people working in the IT Park, as they can any time come there for relaxing and hanging out as it is just beside it. The address of the mall is plot number 22-23 in the IT Park at phase one of Chandigarh. Get in touch with the authorities.

The first and foremost mall that is just in the middle of the city beautiful that is in the heart of Chandigarh. The construction of the mall is extremely innovative and magnificent.

Mostly famous for its cinema hall which is quite big with an amazing theatre hall. The seating and other services provided inside the cinema hall are benevolent.

The most popular food that is enjoyed at the mall is at the KFC, and Chinese food restaurant, which is on, the ground floor of the shopping mall in Chandigarh city. It is in sector 34-A, beside the government office of BSNL services.

The Chandigarh Citi Center is not much of a famous mall in Chandigarh, but definitely, an open site which is of around ten acres on the VIP road of Zirakpur.

The main block site of the blocks sits over the wall for the customers, which invites more and more number of customers at the gorgeous trip to the shopping buzz mall. The mall is a combination of retail, commercial and residential purposes summed up together.

It is a place where the heart is completely satisfied and the mind is completely at peace with the services provided by the mall. The address of the mall is VIP Road, near metro cash and carry, Zirakpur in Chandigarh. 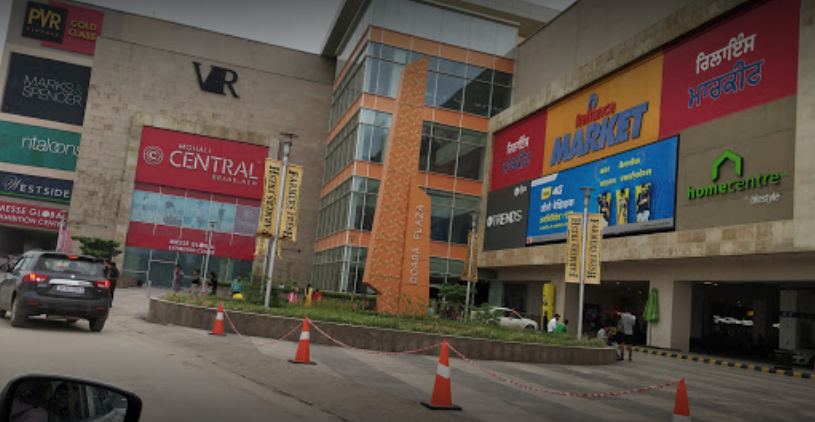 The VR Punjab shopping mall in Chandigarh city is an authorized regional fashion and lifestyle destination which is owned and certified under the Virtuous Retail South Asia.

The place is constructed at an open area of around twenty-two acres on the NH-21, which has various facilities ranging from the entertainment, lifestyle sections, and a reliance fresh market for grocery and home-related things possible.

The mall has a location from the highest-earning upmarket to the Indian school of business campus.

The address of the mall is at NH-21 I sector 118 at Chandigarh-Kharar road.

The mall is newly opened in the shopping and official hub sector of Chandigarh. The Taneja Developers and Infrastructure, who are still working on its construction, established it.

Many people are not even aware of the opening of the TDI mall as no promotions of the mall has been taken place until now. The mall only has a cinema hall inside, and not any other food joints, shopping spree hubs around or inside the mall. It is only a cinema hall mall.

The address of the mall is in sector 17. There is no official website for the mall, which is developed yet.

The mall was in demand earlier before the Elante mall came into existence, and since then the mall has not been able to get its recognition. Centra mall was also the first mall to have the PVR Cinemas inside.

The shops, markets here at Centra were soon closed due to its falling demand. There is just one discotheque inside and the cinema hall. The address of the mall is in an industrial area, phase 1 of Chandigarh.

The city emporium mall is also like the Centra mall, which has not been able to way up recognition, no much-branded companies have set up their markets or shops here.

The paras downtown square is just ten kilometers from Chandigarh which is meant a mall of Chandigarh indeed. It has a big bazaar in the basement, the mall on the top floor alluring customers.

The mall does not own a food court but is home to some of the highly recognized restaurants like dominos, MCd, etc. The place also has some big brands showing up at the mall. 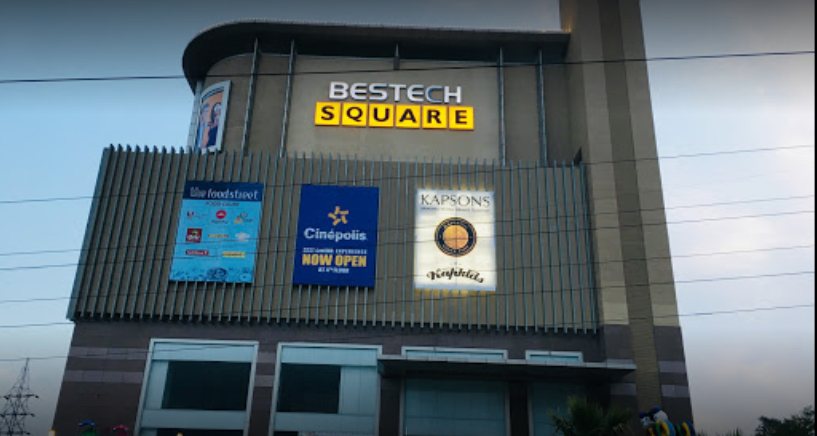 This mall is the latest opened shopping mall in Chandigarh, India which is just beside the Bestech business towers. It has an awesome quality of services in its cinema hall and many brand shops shave been started opening in the mall, as the mall has just been established.

There are just five to six shops related to grocery and other stuff. Many people have been gathering up here nowadays for watching movies and for shopping too. The address of the mall is near the Bawa white house in sector 66 at south Chandigarh.

Must Read:
Rajhans Cinema Panchkula – Before The Multiplex Bandwagon Started!

Life isn’t perfect, but your outfit can be. – Anonymous And, there are not many better places for you to visit when it comes to getting the perfect ethnic Indian attire than FabIndia Panchkula. Bringing handcrafted designer wear within your reach, FabIndia has grown in stature as an Indian brand with every passing year. A…

Chandigarh is India’s first planned city, entirely different from the other towns and considerably best organized. Chandigarh is also apprehended for its spiritual beauty and culture. There are a bunch of flower shops in Chandigarh to buy bouquets online. Flowers are a big deal. They’re steady, a reliable presence at some of life’s most significant…

Elante Mall has changed the scene of shopping for fashion accessories and clothing in Chandigarh. Since its inception, it has been the one place where all the fashion lovers visit to feed their hunger for shopping from the best brands. Today, we are here with the ultimate Elante mall Chandigarh brands list for every fashion…

At some point especially in your college life, you might come across an important choice: whether to buy stylish clothes or new books? Education is primary for sure, but personality must not be overlooked at all. In case you are willing to wisely utilize your pocket money into shopping you need to know where to…

Chandigarh is home to so many recreational games, fitness related games, virtual games, computer game and so much more. Basically, city beautiful has everything to offer to the people out there, which any other city hardly owns right now. Looking into that area, Chandigarh now has the modernized gaming areas at its place too. So,…