As the name suggests, the enormously famous brewpub is located in the Cyber hub of DLF Cybercity in phase 2 of GuruGram, Haryana. This is how the brewery pub is called the cyber hub. Soi 7 cyber hub was introduced in the year 2012.

A pub is a place which is on the top of the roof for having a wide range of dishes from around Asia. It is most famous for the different, tasty, and unique beers it offers.

One of the coolest things about the Soi 7 cyber hub is that it is a combination of the bar plus microbrew plus eatery plus hangout and most importantly a fight club. Yes, it may sound inaccurate, but luckily it is completely true that the cyber hub owns a kickboxing ring in the middle of the place. 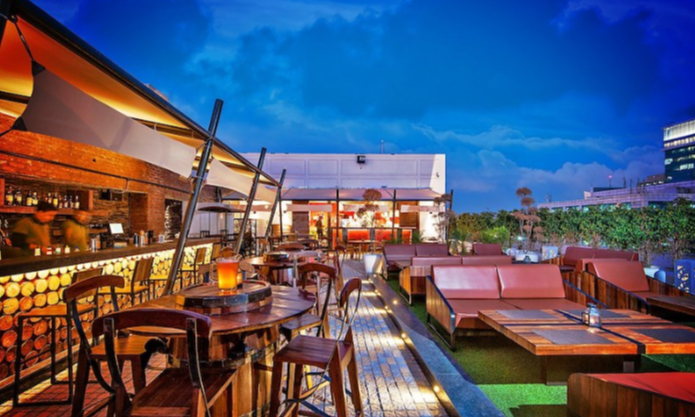 Regarded as one of the first entertainment or recreational place to indulge in the craziest theme which has now turned into a major turn-on for the youngsters out there. The place is assisted by the group, behind the experienced Striker. With each day, Soi 7 is experimenting with something brand new and its elements are super exciting with the inclusion of Walking Street in it too.

Packed up with stage performances inside, openly kickboxing in the rings, which genuinely honors the kickboxing of Thai for undefined recreation and adventure. Asians show no signs of less energy when it comes to pulling and refreshing the crowds at the pub.

Soi 7 cyber hub is so famous amongst youngsters, adults, and youth in Guru Gram that there is a waiting list at the start of working days which are put on hold for half hours of the time period. 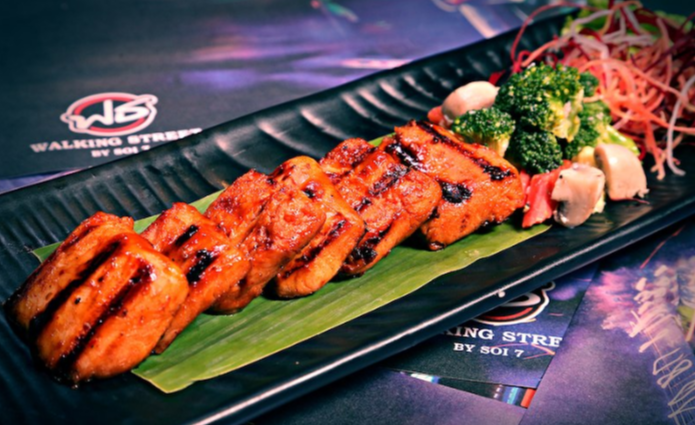 The architecture and design of soi 7 cyber hub are unique like its theme, which includes two spaces outside the pub, which comprises a balcony which is silenced and serene. While the other one is the terrace lounge room which is full of music voices and noises. The balcony at the Soi 7 cyber hub has a viewpoint of the pub’s vat and verandah. The inside of the pub is full of attractive music lovers, accompanied by bands that give live performances.

Comedy gags also take place at the pub. The pub is totally crowded with people and the place is just getting better and modified with each passing year. There is no sign of low recognition or popularity because the place sums up the most creative stuff to the customers every now and then.

At the beginning of the commencement of the pub, it was named with four different names which were from the field of moves of boxing like the Wheat which was the knockout move, the second name was the Brooklyn Amber which was also known as the Straight jab, third was the Premium which was called the Upper Cut.

The menu at the hub is another major turn on which includes Japanese food, Chinese food, Asian food. The grilled cane prawns, cheese wontons, salty and spicy chicken or with the corn, are also served plus some beer at reasonable prices of different varieties and definitely the immense source of entertainment.

The staff and faculty at the soi 7 cyber hub are super supporting and believes in maintaining customer friendly relations with the clients for smooth surfaces, which subsequently makes them be courteous and honest to their customers. A brewery hub that is always on top for providing the uncountable number of services to the people out there.

For instance, the live performances on stage of music and comedy, a separate room for smoking, amazing screenings, a bar which is separate from the crowd which offers not only beer but wines, alcohol, whiskey too, a separate area for the differently challenged too, twenty-four-seven Wi-Fi services for the visitors and separate massive parking.

If one is visiting the place in the winter season, then you should definitely experience the amaze in sitting on the terrace which is outdoor and explains everything itself. As the place is always hooked up with lots and lots of crowd of youngsters and family people that is why some people often make reservations before coming to the cyber hub. All the reservations for the soi 7 cyber hubs take place in advance, which is extremely recognized.

Why opt for Soi 7 cyber hub?

Well, this might be the question in the mind of the people who are visiting Guru Gram for the very first time and some of those too who have not yet visited the brewery pub. Because entering into The DLF Cybercity and one has not been to the finest bars for some relaxation and refreshment, it is then when every other person on the planet would shout soi 7 cyber hubs is a must to be visited destination.

If still, you are not able to believe on, what we are referring to, then one should exactly hit up to the place after eight pm at night, and then have a look at the brightness, chill, and craze of the boring normal night.

The menu which is provided by the soi 7 is Pan Asian, which showcases microbrewery with the popular what, Brooklyn, amber, and different delicious beers. The food served here at the place will not be that much demanding than the other basic dining restaurants, but the place is definitely worth the night.

Anyhow, there are also some yummy and cool options for trying out the best at Soi 7 cyber hub which is the Japanese fish named Yakitori, if one is a non-vegetarian lover, some ginger stuffed chicken dumplings, and spicy salty prawns. Mostly the famous choice opted here at the pub by each visitor is the Green curry of Thai which is undeniably trustworthy for your taste buds.

Soi 7 cyber hub not only allures the youngsters but it also an enlightening hangout place which is full of entertainment for friends, family, couples, married couples’, office colleagues, wanderers. It is open to every kind of age group of people. The microbrewery does not lay back in hosting birthday parties, anniversary parties’, small meetups, social gatherings, or office parties. It has each and everything to offer. So, who would not love it?

No matter what, the soi 7 cyber hub is the uttermost party place at Guru Gram, where the party starts and just keeps on going with no end. The party has an unusual DJ system, the thumps of the music system, and the full of life environment. Like every other pubs and restaurant, the soi 7 cyber hub we also bestowed with some rules and regulations, more often recognized as the terms and conditions of the pub which includes:

All the principles of the venue are applied, inconsistent with anything.

Any kind of arms and ammo are not allowed inside the brewery hub.

As the rates are stated, all the taxes of the government are applied to them.

Our country’s first planned city well-known as Chandigarh is a joint capital of Haryana and Punjab. The whole city is divided into sectors, each of them encompasses schools, resorts, bars, cafes and whatever niceties are desired for a luxurious and buoyant lifestyle. Sector 9, 26 and 35 are well-known to club lovers for spend nightlife…

Where to sip your spring away! There is no stopping for the craft beer craze in Panchkula. You will find the popular microbrewery Panchkula in Sector-9. This City has become a focal point for the movement nationwide, with dozens of new breweries opening their own spaces, extended taprooms, or full-on brewpubs left and right. Here,… 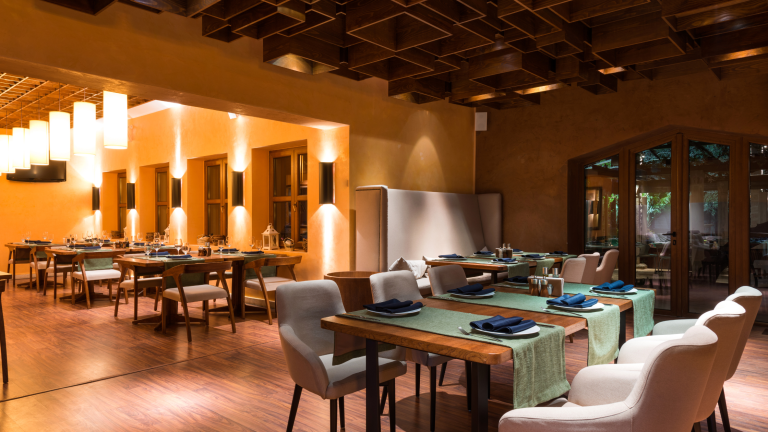 A good restaurant hunt never ends. Every time we want to go out and treat our taste buds, we are looking for a new place. Well, are you searching for some good restaurants in Zirakpur? If yes, here is what we got for you. This list is enough to satisfy your delicious food cravings. If…

Yelp, TripAdvisor, Facebook, and Google have changed the way consumers find entertainment venues and places to eat. According to the BrightLocal local consumer review survey of 2017, 97% of consumers looked online for local business in 2017. Of that 97%, 12% are looking for a local business online every day. That provides an opportunity for your…

Baked products come as a surprise in the land of North Indian Hunks who are more inclined towards food laden with ghee, eaten with Dahi, complemented by doodh- Haryana. Today, we talk about one of the cities of Haryana, not far from its nativity but mixed with a cult of what people come to call-…

If you love coffee shops, Tricity is the town for you. No matter where you roam in City Beautiful, you’re sure to find the best Cafe in Chandigarh for a delicious cup of coffee – with an amazing ambience to match! Homegrown coffee companies have also stepped up, with some developing chains sourcing coffee and…