One of the cleanest and well-planned city of India, Chandigarh is always a whirlwind of activity, with famous sites at every turn and never enough time to see them all. Even if you’re not mesmerized by the city’s soaring shopping malls and flashy food street, you’ll be blown away by its flourishing arts, food, fashion and nightlife scenes. Even better, many landmarks are free to visit, while others are available with discounted entry or with special offers. There are also plenty of kid-friendly places to visit in Chandigarh.

There are plenty of breaks to choose from, whether you are coming for a day trip or for a whole weekend in this wonderful city.

Things to see and places to go City Beautiful Chandigarh

Sukhna lake was constructed in 1958 and spread over an area of 2600 hectares and the best Chandigarh places to visit. It is situated at 1 Km. in the North-East of Sukhna Lake.

It is an abode of the wide variety of mammals, birds, reptiles, butterflies and micro-organisms, some of them which are popular are: Sambar, Spotted Deer, Wild boar, Jackal, Jungle Cat, Porcupine, Hanuman Langur, Indian Hare, Common-Mongoose, etc. Apart from that, there is a wide variety of birds including aquatic birds.

The International Dolls Museum, Chandigarh was established in 1985 and one of the best museums among all present in India. This place is not for children but adults also find it attractive to revisit their childhood memories.

With such a huge collection of dolls present in this museum. It appears to be a completely new world. Apart from the dolls, you will found Toy Train is also very assuming.

The replica of German Railway station is a special attraction with a background made of a ceramic fresco depicting the milestones of various countries.

It is also known as Nek Chand’s Rock Garden after its founder Nek Chand. The most interesting thing about this place is that it is completely built of industrial and home waste and thrown-away items.

It consists of man-made interlinked waterfalls and many other sculptures developed from scrap and other kinds of wastes (bottles, glasses, bangles, tiles, ceramic pots, sinks, electrical waste, broken pipes, etc.) which are placed in walled paths. The garden is visited by over 5,000 people daily, with more than 12 million visitors since its inception.

Zakir Hussain Rose Garden Asia’s largest Rose Garden and is spread over 30 acres of land having over 1600 different species of roses. Every year, either at the end of February or beginning of March, a big festival known as Rose Festival is celebrated at this garden which lasts for a week.

Over 20,000 people visit this festival. It’s one of the great celebrations in the city. There are lots of competitions, cultural celebrations and many other events.

Le Corbusier Centre has been established by the Chandigarh Administration, at the old Sector 19 office of the city’s architect, Le Corbusier. The Swiss-French architect used the office while conceptualizing the city almost six decades ago.

The Centre exhibits the life and works of Le Corbusier, so that tourists and future architectures may be able to acquaint themselves with the rich cultural heritage of the city. The ultimate goal of the Centre would be preservation, interpretation, research, display of the works and legacy of Le Corbusier. 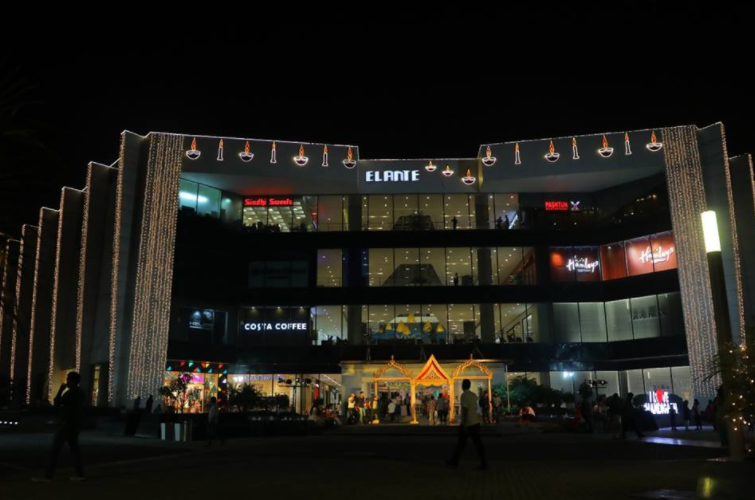 Elante is one of the coolest cultural hubs of the city and the best places to visit in Chandigarh. It is a unique development project that is equipped to cater not only Business but also Stay & Entertainment for the masses and the classes in & around the city.

It is the largest shopping hub in Northern India and the tenth-largest in India. Elante Mall hosts retailers of various Indian and international brands, a food court and a courtyard full of cafes. 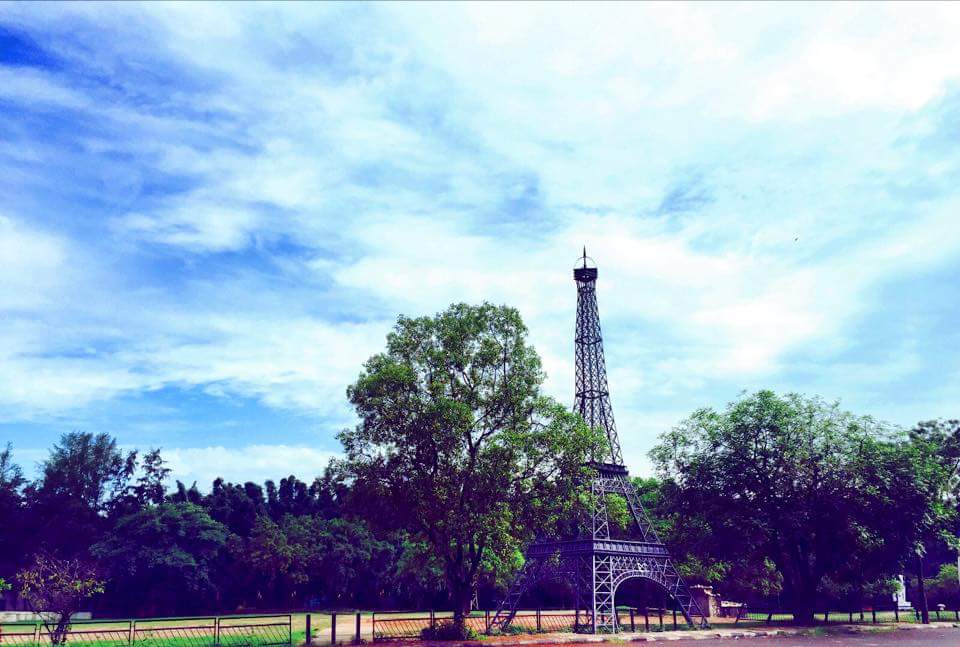 Almost every college going group finds this spot one of the most-loved and highly-visited areas throughout Chandigarh. The Geri Route is a street in Sector 8, 9, 10, and 11 where students love to drive motorbikes and cars.

The word ‘Geri’ has been taken from Punjabi vocabulary, which means ‘rounds.’ The core of all the Geri Streets is around DAV college in sector 10-D.

After an appeal by Deeptha Vivekanand as a primary part of Bekhauf Azaadi March (Fearless Freedom Movement), which was conducted after the DJ Varnika Kundu’s stalking case in August 2017, the Geri Route is referred to as Azaadi Route on Google Maps.

Since 2001, Chandigarh Police has seen patrolling around the Geri Route to eliminate any chances of eve-teasing and traffic violations. 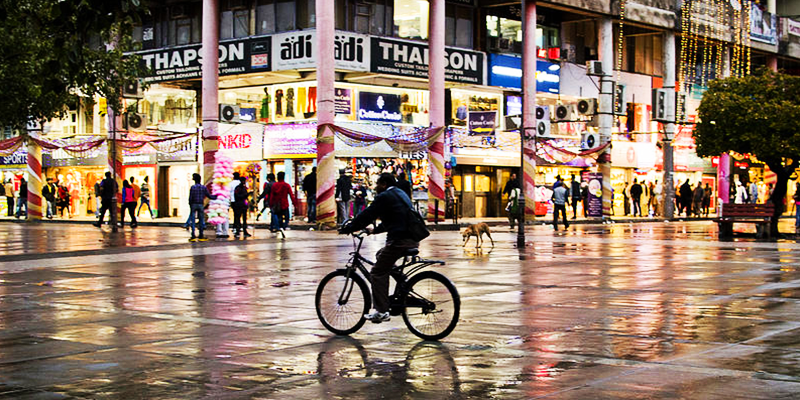 For those who are die-hard brand lovers and love to explore the classiest market throughout Chandigarh, they must not miss a chance to visit the sector 17 plaza market.

Flooded with uniquely designed cafes, branded showrooms, a vintage look cinema hall, and popular ice-cream parlours, the market is one of the biggest limelights to relish in.

Despite being loaded with numerous international brands, there are a lot of people who visit this market to buy the authentic Punjabi music albums and shop the cultural accessories, apparel and footwear at its best. Apart from buying uniquely designed cultural art pieces, this market is well-recognized for buying the best-selling novels too.

Earlier, sector 17 market was considered as the central hub of Chandigarh. 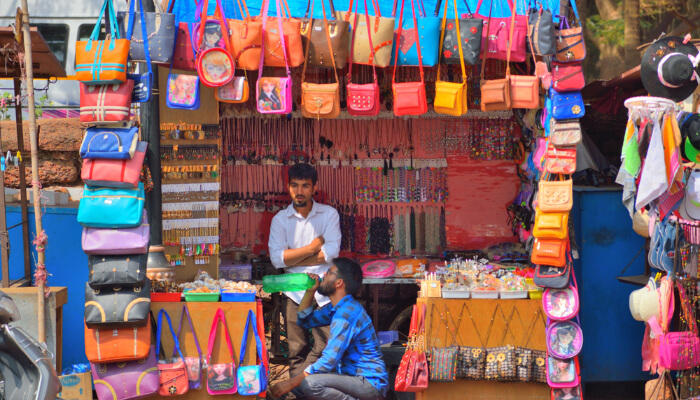 Located in one of the most-visited sectors of Chandigarh, the Shashtri Market is a paradise for shopping lovers. You can find out the best apparel, footwear, and accessories in this market at affordable rates.

Even during the business days, the market experiences a gala time when buying and selling goods on ‘sale.’ If you are low on your budget yet want to go through a series of options, then you must visit this market and buy the best handicraft, cheap and best gift items, and apparel to satiate your shopping hunger.

Apart from apparel and accessories, the market is familiar with jewellery shops, handbags, smartphones, and accessories, etc. Also, whenever you decide to visit the Shashtri Market, make sure to gear up your bargaining skills as there is a lot of scope of negotiation there.

If visiting the market on weekends, make sure to spare an entire day as you may not come out of the market before 5-6 hours. 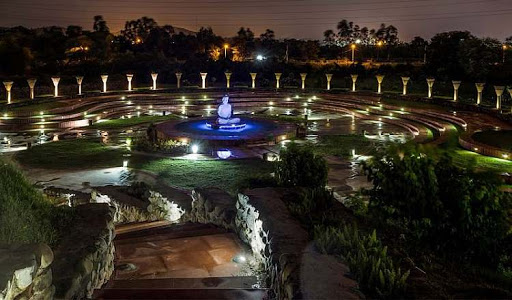 Designed and developed for all the meditation lovers, the Garden of Silence is located at the endpoint of Sukhna Lake. Most of the time, the entire lake is seen crowded, but as soon as you reach the endpoint, there is sheer silence and a humongous statue of Buddha spreading positivity throughout the garden.

This garden has been financed by the Government of India, the Ministry of Tourism. As far as the development of the garden is concerned, that has been taken care of by the Chandigarh Administration.

To add more to the beautiful ambiance of this garden, it has been surrounded by the bougainvillea flowers, play area for kids, a jogging track, and a separate space to calm mind and body.

So far, the Buddha statue in the Garden of Silence is the largest monument present in Chandigarh. 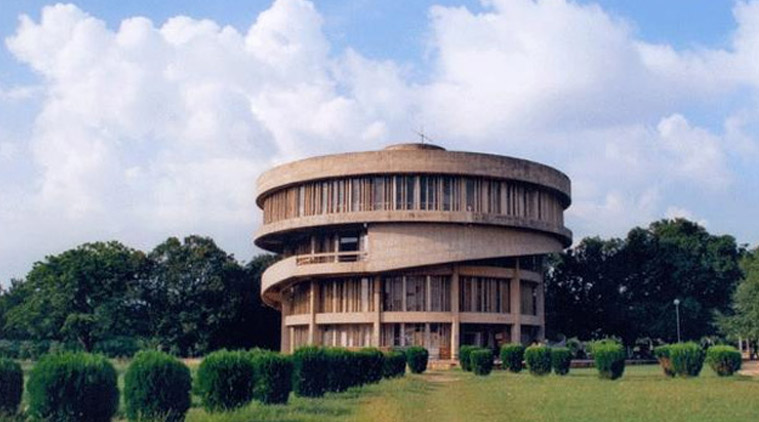 Panjab University is one of the oldest educational institutes in India. This university was established in 1882 (before independence) as the University of Punjab.

At present, the university is located in Lahore, Pakistan. It covers more than 550 acres with at least 70 educational departments devoted to different studies. The university has affiliated 188 collages throughout Punjab. 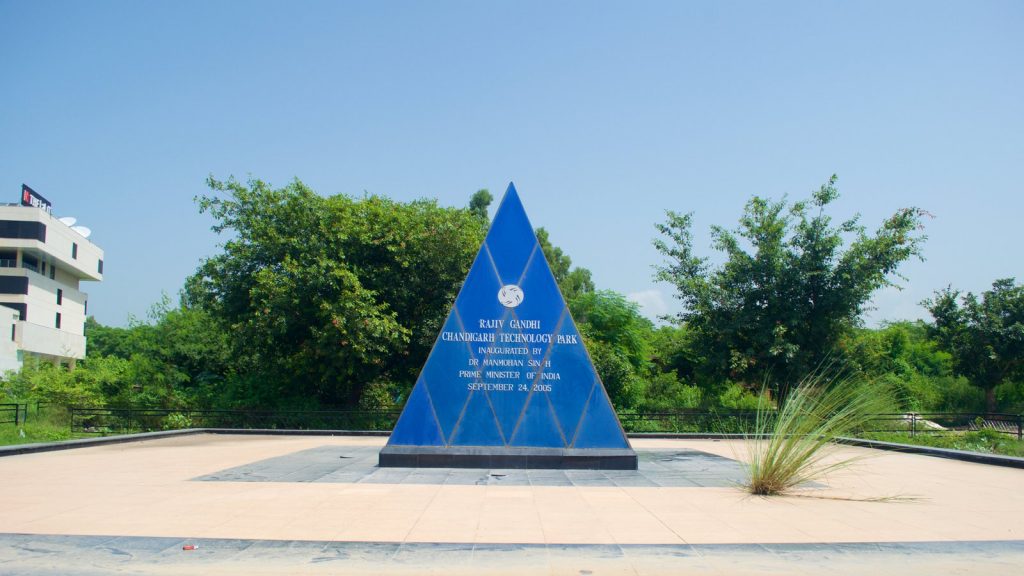 Also recognized as IT Park Chandigarh, this place is the new hub of the IT sector with uncountable IT companies and talented employees uplifting Chandigarh’s standards. This IT Park has several reputed companies, including- Infosys, Sufi, Bebo, Aeren, Net Solution, Demco, and other co-working buildings like- FCS (J7), DLF, etc. To make the place look lively, there is a DT mall run by DLF.

Also Few Must Read More Places To Visit in Chandigarh:

Spring season is at its peak in Chandigarh, and it’s time to stuff your basket with goodies and spend an afternoon at one of the city’s One Day Picnic Spots Near Chandigarh. Whether you’re looking for a romantic date or a rendezvous with friends, a picnic is a great way to soak up Chandigarh’s amazing…

“Traveling is like breathing. It is not something that you are good at, it is something you do.” Whether you are a travel buff or not, sparing some time to visit the nature’s lap is something you must do to rejuvenate your senses. And, to make sure you can spend some great time in the…

Getting married is a beautiful feeling. And, we humans like to celebrate this feeling on a grand scale. One of the most intriguing elements of this celebration is getting your pictures clicked on some serene locations so that you can tell your wedding story to the generations to come. Today we are going to help…

Rock Garden Chandigarh, a mosaic garden with sculptures is one of the prime tourist locations in the City Beautiful. Nek Chand Saini, a government official is the founder of this beautiful rock garden and it’s also known as Nek Chand’s rock garden. In the year 1957, Nek Chand in his spare time started constructing this…

The capital city of Thailand, Bangkok is an incredible, exciting and fascinating city ever to visit. It never goes to sleep, always there are people working all around the clock. You will find yourself here encountering every kind of life, from the luxurious rich to the ultra poor they all clustered in a city. Read…